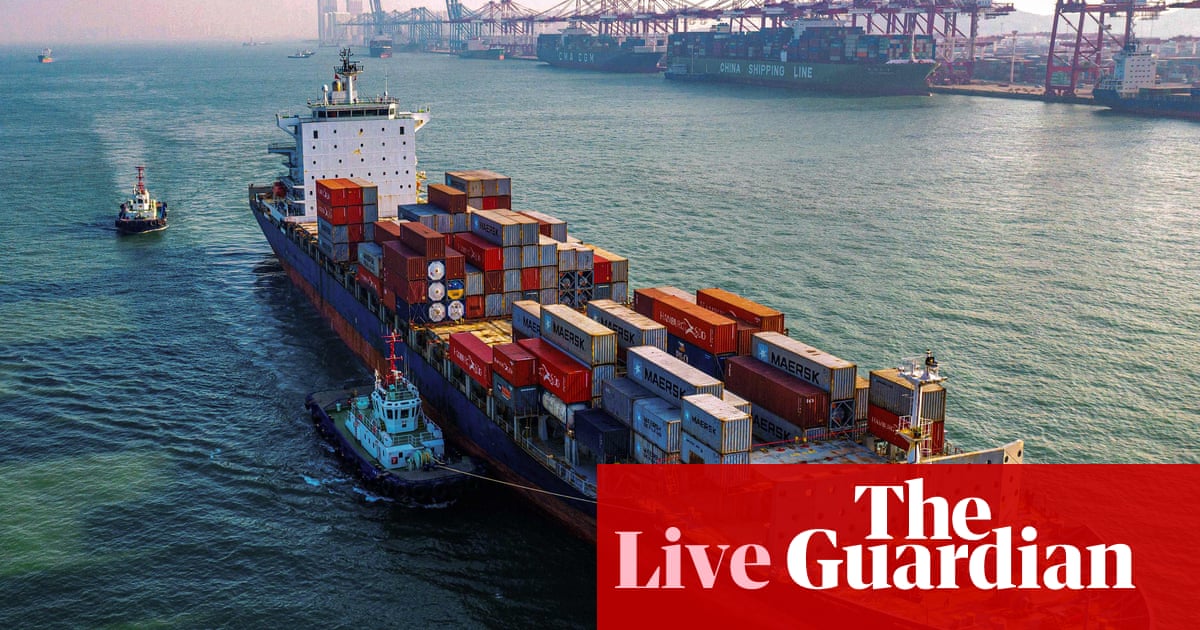 Rolling coverage of the latest economic and financial news

Asia-Pacific stocks have been hit by America’s refusal to lift tariffs on Chinese goods.

Almost all the major indices are in the red, as traders face up to the prospect of more trade tensions this year.

Equity benchmark Sensex dropped nearly 200 points in opening session on Wednesday as global investor sentiment dampened after the US said its initial trade deal with China does not include tariff rollback.@BSEIndia @ashishchauhan pic.twitter.com/YuZrOAekfb

Good morning, and welcome to our rolling coverage of the world economy, the financial markets, the eurozone and business.

“These tariffs will stay in place until there is a Phase 2. If the president gets a Phase 2 in place quickly, he’ll consider releasing tariffs as part of Phase 2.”

Existing tariffs on billions of dollars of Chinese goods coming into the U.S. are likely to stay in place until after the November election https://t.co/zarr5OZYxq pic.twitter.com/HO6Mbm7gqh

The US – China trade deal is like watching a live show in the theatre of the absurd. The Trump administration revealed a detail that nobody expected just before the signature of the phase-one trade deal today: the tariff cuts will not take effect before the US election in November.

This means that the US tariffs will continue weighing on Chinese exports for almost an additional year, while the emerging market giant will certainly be asked to deliver on its promise to buy massive amounts of US farm goods and manufactured products immediately. The risk here is that the double-standard agreement could provide a weak basis for the future negotiations, impair the benefits, or even spoil the deal.